Today is National Button Day. How did it get its start and why should we celebrate it? We use this humble fastener every day but how much do we really know about it?

National Button Day may never have existed were it not for Otto Lightner, publisher of Hobbies magazine, who democratized collecting during the Great Depression when he said, “Even with no money, everyone could collect something.” He became fascinated by other people’s collections, amassing them and buying real estate for the sole purpose of housing them. (The Lightner Museum in St. Augustine, Florida, exhibits a few.)

Lightner organized a hobby show in 1938 at the Hotel Sherman in Chicago. Button collectors contributed to the show and founded the National Button Society (NBS) later that year. On November 16, 1939, NBS hosted its own event in Chicago to recognize button collecting as an organized hobby that anyone, rich or poor, could enjoy and declared it National Button Day.

Today, NBS  has more than 3,000 members on four continents, with 39 of the 50 states represented by state and local button clubs. Per its website:

Membership in the National Button Society is open to individuals and organizations who collect buttons and who wish to support the objectives of the NBS. Principal among those objectives are the promotion of educational research and exhibitions, the publishing and dissemination of information about buttons, and the preservation of the aesthetic and historical significance of buttons for future generations.

NBS holds a weeklong convention every August. In 2016, “Mining in Button Mountains” paid homage to its host city of Denver, Colorado.  Organizers chose “The Magic of Buttons” as the theme for the 2017 celebration in Appleton, Wisconsin. Each year, collectors meet to share finds, stories, craft ideas and fellowship.

Do you have what it takes to join? The answer is yes. Every one of us can enjoy collecting buttons. Look around your home. Maybe you still have buttons that belonged to your grandmother. Have you ever noticed that while buttons may not be appreciated, they are rarely thrown out? You probably have a container sitting around right now.

A Brief History of the Button

The earliest known button was found in what is now Pakistan; it is made of a curved shell and is about 5000 years old. In ancient Rome, buttons were ornamental and rarely appeared in straight rows. Beginning in the Middle Ages, buttons became status symbols made of precious metals and stones. The number of buttons one wore communicated wealth.

The first guild of button-makers was formed in France in 1250. The buttonhole appeared around the same time but didn’t catch on right away. Most buttons remained strictly decorative, applied atop a garment while functional underpinnings such as the hook-and-eye and laces did the actual work of holding clothes together.

Even after the buttonhole helped forever change fashion design, many buttons were nonfunctional. There is a rumor about the origin of the seemingly useless line of buttons along the sleeves of coats and jackets, especially military uniforms.

According to legend, one of three leaders–Catherine the Great, King Frederick I of Prussia or Admiral Lord Nelson–inspected the troops (in Nelson’s case, the sailors) and ordered that buttons be sewn onto uniforms to discourage the young men from wiping their noses on their sleeves. Pockets weren’t yet features of most uniforms, so carrying a handkerchief was not a viable alternative. We’re loath to picture the scene of soldiers going off to battle with mucus streaming down their faces.

Over the years, buttons became increasingly ornate. Among the more extreme were “habitat” buttons, made to hold keepsakes like dried flowers, hair clippings or tiny insects under glass. Hollowed-out buttons allowed thieves to secretly transport jewels and other contraband. (This practice was revived unsuccessfully by a heroin-smuggling ring in 2009.)

Button orientation was formalized during the Victorian Era. Then as now, men tended to dress themselves so buttons faced right for their convenience.  Women wore their buttons on the left to make it easier for their maids to adjust while facing them.  (The presumption was that most people were right-handed.)

The servants are gone, but the convention remains. Right-handed women and left-handed men successfully button their clothes every day without giving a thought to the discrimination that decided their sartorial fate.

Go Forth and Button!

Now that you know more, it’s time to go round up some buttons. Check out these craft ideas for inspiration and have a happy and fun National Button Day! 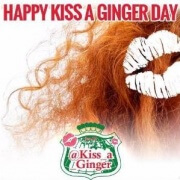 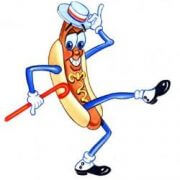