First Contact Day won’t officially happen until April 5, 2063, when Dr. Zefram Cochrane takes off from Earth in the first warp-capable vessel, Phoenix–constructed from remnants of a nuclear missile in an underground bunker outside Bozeman, Montana–attracting the attention of a passing Vulcan survey ship, spurring the Vulcans to make, you guessed it, first contact with humans. (In the mirror universe, the date is celebrated for a different reason. It’s named a holy day because when the Vulcans land to greet them, Cochrane grabs a shotgun and leads a group of Terrans to kill them all.)

We can be forgiven for celebrating early since the Star Trek universe has always played around with intersecting timelines. In the film Star Trek: First Contact, the Borg arrive from the 24th century on April 4, 2063, to try to sabotage Phoenix (even though Earth will provide them with some tasty space peeps to assimilate in the future). The 24th-century Enterprise also time-jumps to repair the craft, borking the Prime Directive to beat the Borg collective.

April 5, 2022–41 BFC–may have been the most exciting (Before) First Contact Day yet, when a trailer for Star Trek: Strange New Worlds was released.

The newest addition to the Star Trek canon stars the OG space captain, Christopher Pike, shown left on Star Trek: The Original Series–the moniker offends my Trekkie eye but I bow to the will of the people–as a burned dude in a rolling iron-lung/personal-sauna contraption. (They could tune the thing to his brainwaves yet could only construct it to give yes-or-no answers? Even a Magic 8-Ball can say “maybe.” Come on now.)

It was also announced on April 5, 2022, that Star Trek: Picard will shoot a third, final season and will bring back many characters from Star Trek: The Next Generation, including Riker, Geordi, Worf, Deanna Troi, Dr. Crusher, and Data.


If you’re reading this in 2063, Happy First First Contact Day! If you see some people with pointy ears, don’t shoot! 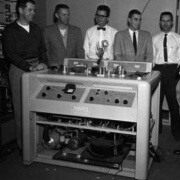 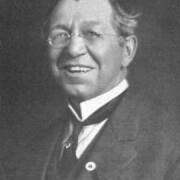