Today is Flitch Day, a custom dating back to 1104 in Little Dunmow, a village in Essex, England.

First, a little background is in order. A flitch is half a pig, cut lengthwise, salted and cured, also known as a full side of bacon. The story goes that a year and a day after their nuptials, Lord Reginald Fitzwater and his wife disguised themselves as peasants and traveled to the local monastery to beg blessings for their happy marriage.

The monk who received them was so impressed by their devotion that he gave them a flitch. In what could be called the first episode of Undercover Boss, Lord Fitzwater revealed his identity and promised his land to the monastery. He had one condition: the monks must award a flitch to any couple who could prove their love after a year and a day. (Who better to judge marital bliss than men who’ve taken a vow of chastity?)

Word of the tradition called the Dunmow Flitch Trials spread. Author William Langland referred to it in his 1362 book, The Vision of Piers Plowman. In the early 15th century, Geoffrey Chaucer alluded to it in The Canterbury Tales.

Records weren’t kept until 1445, when Richard Wright of Norwich was victorious, according to documents preserved in the British Museum. One hundred years later, King Henry VIII closed the monasteries, but the trials endured, overseen by the current Lord of the Manor.

In 1832, George Wade, Steward of Little Dunmow, declared the contest “an idle custom bringing people of indifferent character into the neighborhood.” The Dunmow Flitch Trials moved to Great Dunmow but declined in popularity, then lapsed entirely.

The custom was revived after the success of Harrison Ainsworth’s  novel, The Custom of Dunmow, published in 1855. In it, he told the tale of a man so desperate to win the flitch that he married a succession of wives to find his perfect match.

The event has been held in Great Dunmow ever since. After World War II, it was decided that the trials would take place only in leap years. Luckily, 2016 is such a year. If you can’t make it there today, you have four more years to perfect your marriage. Who knows? In 2020, they might allow same-sex couples!

Did the phrase “bring home the bacon” originate with this contest? Though many believe so, we may never be certain. By the way, losers aren’t sent home empty-handed. They receive a consolation prize of gammon, the hind leg of a pig. The one thing we know for sure is that this is no fun for the pigs. 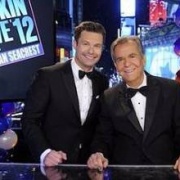 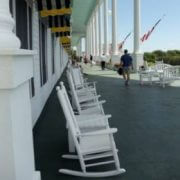 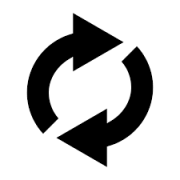