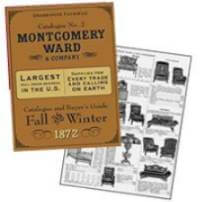 Several years earlier, while working as a traveling salesman, Ward learned that customers in rural areas lacked access to quality goods. He hit upon a way to serve this untapped market: direct mail sales.

While this is hardly shocking to us—Amazon is, in essence, a giant catalog—his idea was so revolutionary at the time that he had trouble raising capital for the project; friends told him it was lunacy.

He had just gathered the inventory he needed to launch the business when it was destroyed in the Great Chicago Fire of October 1871. Convinced of the soundness of his plan, he rebuilt the stock and mailed the catalog the following August.

At that time, far-flung consumers had no recourse if they received shipment of a shoddy product. The “bait-and-switch” routine was common. A scammer would display and sell an item to an out-of-towner, then deliver something inferior and refuse to take it back.

Some say Ward coined the phrase “satisfaction or your money back.” He certainly ran his company by that credo and his customers showed their appreciation with their business. By 1883, the catalog had grown to 240 pages selling 10,000 items ranging from handkerchiefs to handguns.

As we can attest but not explain, people began to refer to the company, with great delight and affection, as “Monkey Wards.” The catalog was called the “Wish Book.” Retailers who lost business showed no such fondness and were inspired on more than one occasion to make a bonfire of it.

A print catalog seems quaint today: What can it show us that we haven’t seen before? (If it can, how did we get on that mailing list?) It’s a vestige of an earlier time. Before everyone had an automobile, before flight, before motion pictures and television, Ward brought the world to our doorsteps. 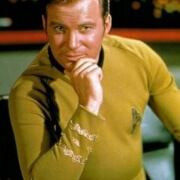