Today is Hannah Duston Day. On June 8, 1697, she became the first official heroine of the American colonies when her husband was awarded the sum of 25 pounds in her honor. As a woman, she was technically her husband’s property and had no right to collect the money herself, but we suppose it’s the thought that counts.

On March 16, 1697, Hannah, her infant daughter and a nursemaid named Mary Neff were kidnapped from her home in Haverhill, Massachusetts by a band of Abenaki “Indians.” Native Americans had been incorrectly labeled “Indians” by Christopher Columbus two centuries earlier when, due to a navigational error, he landed in the Antilles but named its indigenous people after the Indian Ocean he thought he’d reached. He was off by over 10,000 nautical miles.

Hannah and Mary were forced to march north with at least ten other hostages. Early on, the baby was pulled from Hannah’s arms and killed. For six weeks, they trudged along; those who couldn’t keep up were murdered.

On April 29, they stopped for the night in Boscawen, New Hampshire. While the Abenakis slept, Hannah and other prisoners killed ten of them, including six children, scalped each one, then escaped back to Haverhill. 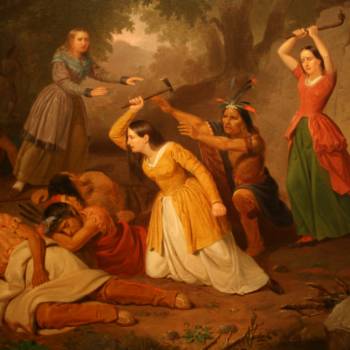 After returning home, she traveled with her husband to Boston, where she told her story to Cotton Mather, a Puritan minister who wrote it down and went on to recount it to rapt congregations throughout the colonies.

Their trip had another purpose. Hannah had intended to collect the bounty offered for each scalp she’d taken, not realizing that the state-sponsored payment program had expired. She and her husband delivered a petition to the Massachusetts General Court requesting a reward for “the just slaughter of so many of the Barbarians, as would by the law of the Province which [existed] a few months ago, have entitled the actors unto considerable recompense from the Publick.”

As a result, the court awarded Mr. Duston the sum of 25 pounds. It would seem we have now come full circle. In fact, we have arguably dismantled this holiday. But there is still more to be told.

As Mather’s sermon was rewritten and retold, it began to change; the murder of sleeping children was de-emphasized or dropped. By the 19th century, the doctrine of manifest destiny held that the expansion of the U.S. was virtuous, inevitable and directed by God, providing justification for such morally bankrupt acts as “Indian removal.”

Author Henry David Thoreau and poet John Greenleaf Whittier, among other storytellers of the era, seized upon Hannah Duston’s account, casting her as a quintessentially American heroine.

In 1874, a statue was erected on the island of Boscawen, New Hampshire, the first monument honoring a woman in the United States. In her right hand, she holds a hatchet; in the left, a bunch of scalps. 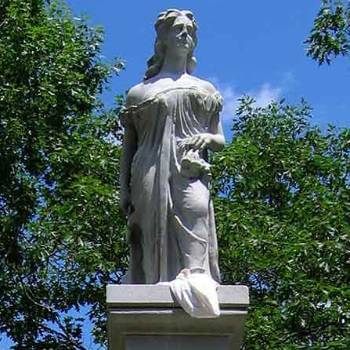 Not to be outdone, the city of Haverhill, Massachusetts, erected a monument of its own in 1879. Although Duston holds no scalps, she brandishes a hatchet while pointing toward the ground. (Is she choosing the next sleeping person to kill and scalp?) 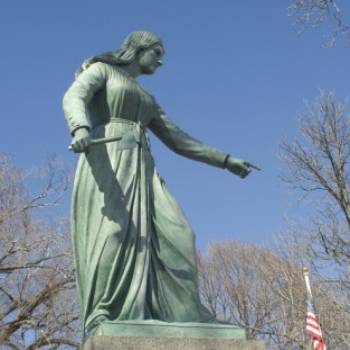 Unsurprisingly, the statues are the subject of controversy but, for now, they still stand. The one in Boscawen is a bit worse for wear—someone shot off her nose. 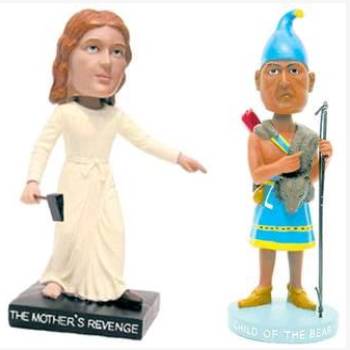 The New Hampshire Historical Society discontinued the sale of its Hannah Duston bobblehead after coming under harsh criticism in late 2014. But it’s still selling its limited edition bobblehead of Chief Passaconaway, the 17th-century English settler-loving sachem of the Penacook tribe.

While Hannah Duston Day is certainly an uncomfortable reminder of our nation’s history, perhaps it can also shine a light on the rationalization of prejudice and help us avoid hatred in the future.

[Note: Records use several different spellings of Duston, including Dustin, Dustan, even Durstan. For the sake of uniformity and because it’s the spelling used on both monuments, we have chosen to use Duston.] 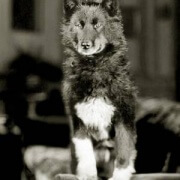 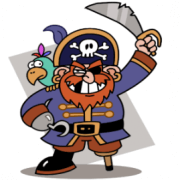