Today is National Pass Gas Day. Hot on the tail, if you will, of National Bean Day comes this celebration of all things flatulent. A 1995 study–yes, there have been studies–estimates that we pass gas 13.6 times a day. (Perhaps the remaining .4 refers to those that were smelt but not dealt.) 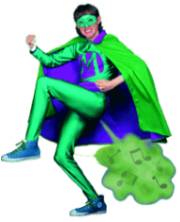 Farts: What are they good for? For one thing, they relieve the pressure created by food in various states of digestion in our colons. Stretching of the intestinal walls can cause bloating, discomfort and constipation.

A 2011 study found that while a rapid increase in bean intake may cause some flatulence, it will normalize over time.

A performer named Mr. Methane bills himself as the world’s only professional flatulist. He was inspired by 19th-century French vaudevillian Le Pétomane (the fart maniac). In 2009, Mr. M auditioned for Britain’s Got Talent and farted The Blue Danube in Simon Cowell’s general direction. The YouTube video has over 41 million hits. He was invited to perform at the 2013 World Fart Championships in Finland. (At 47, he was too old to compete.)

In 1982, a psychiatric journal published the case study of a 33-year-old woman with “obsessive flatulence ruminations” who was treated with the “paradoxical instructions to intensify flatus emissions.” This helped cure the woman, a respiratory therapist, but we’re guessing her patients’ breathing problems intensified during her treatment period.

Now, to the heart of the matter. Fart jokes are perennial, delighting both young and old. Check out George Carlin’s standup routine about farting in public.

If you’re left wanting more, have some fun with the Ultimate Fart Soundboard. We would never suggest you pass gas but somehow, we know you will. Have a happy National Pass Gas Day!