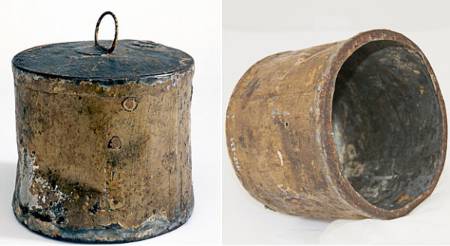 Today is Tin Can Day. On this date in 1825, the first U.S. patent for the invention of the tin can was awarded to  Ezra Daggett and Thomas Kensett. Like many things, the story of the tin can is not without intrigue. (Tintrigue?) A little history:

In 1810, Appert entered a competition sponsored by the French military. He won a cash prize in exchange for making his findings public. The preserved goods were a boon to the armed forces, especially the French navy, which had no fresh food for long stretches while at sea. Appert is considered by many to be the “father of canning,” despite never using cans.

There were drawbacks to Appert’s system: glass was heavy, fragile and prone to rupture from internal pressure. Later in 1810, British merchant Peter Durand received a patent from King George III to preserve foods in tinplated cans.

Durand is well-known as the inventor of the tin can but his patent application reveals it was “an invention communicated to him by a certain foreigner residing abroad.” Evidence suggests that Frenchman Philippe de Girard came to London and used Durand as an agent to patent his own creation.

On January 28, 1811, Sir Charles Blagden, a fellow of the Royal Society, wrote of Girard’s frequent visits to test his canned foods on the members. “M Girard came and brought his preserved foods…The broth had been kept since August last, he said. The milk and beef six weeks…His patent is taken out in the name of Durand.”

Why not file in France? Girard had recently designed a flax-spinning loom for which Napoleon promised a reward of one million francs but never paid. But there’s no record of Durand paying him for the rights.

In any case, Durand sold the British patent to Bryan Donkin for one thousand pounds. In 1818, Durand received a U.S. patent for the same design he’d sold in England. Perhaps Durand should be hailed, not as an inventor, but as a recycler. (Girard continued to innovate, without much financial success, until his death in 1844.)

Until America won its independence in 1783, the power to grant patents was that of the British crown. The United States Constitution of 1787 first included provision for the Congress to issue patents:

The Congress shall have Power . . . To promote the Progress of Science and useful Arts, by securing for limited Times to Authors and Inventors the exclusive Right to their respective Writings and Discoveries.

The first Patent Act, “An Act to promote the progress of useful arts,” was enacted in 1790 and enabled any two of the secretary of state, the secretary of war, and the attorney general to grant patents lasting 14 years for new inventions and innovations that were “useful and important.”

We have finally arrived at our stated destination. Daggett and Kensett received their patent for the process of “preserving animal substances” on January 19, 1825. More than 4,000 patents had been granted in the United States by that time, one of them Durand’s.

So who should we credit for the tin can? We’re not sure but one person we should all thank is Ezra J. Warner, who patented the first can opener —decades later—on January 5, 1858. 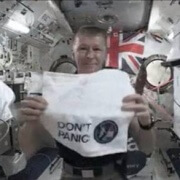