Today is the ninth annual International Pillow Fight Day, a holiday that encourages us to play like children on a grand scale. The event has gained momentum since its inception in 2008 and is now celebrated in more than 100 countries around the world. It always takes place on the first Saturday of April.

One of our goals is to make these unique happenings in public space become a significant part of popular culture, partially replacing passive, non-social consumption experiences like watching television, and consciously celebrating public spaces in our cities as our ‘urban living rooms.’ The result, we hope, will be a global community of participants in a world where people are constantly organizing and attending these happenings in every major city in the world.

If you’re in the Western hemisphere, you’re in luck. Many pillow fights take place in the afternoon. (In New York City and Toronto, for example, the fights start at 3 pm. Check pillowfightday.com for a fight near you.)

We thought it might whet your appetite to see the festivities that have already taken place today. 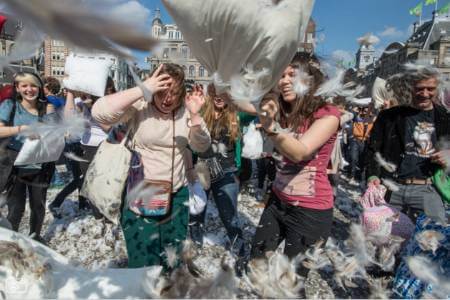 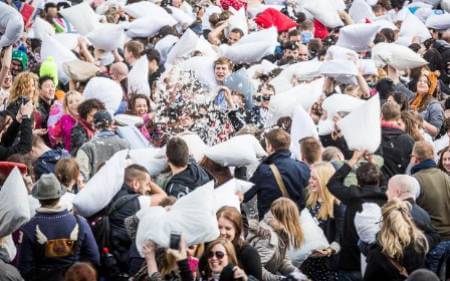 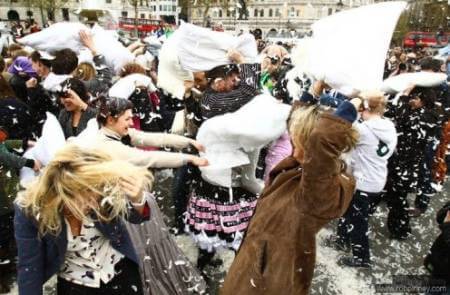 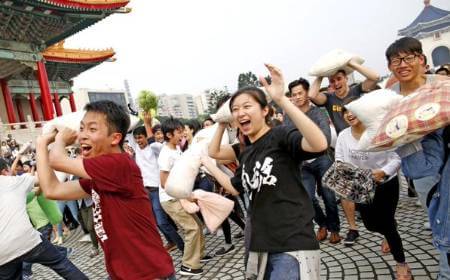 Check out this theta360 spherical image taken in a London park: 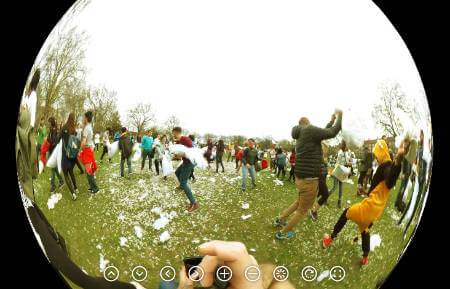 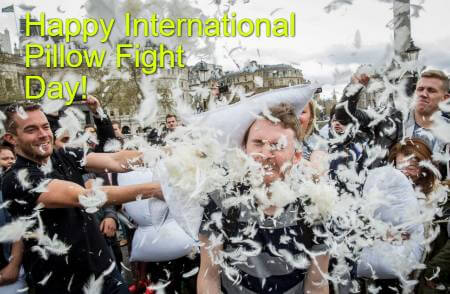