Today is National Pepper Pot Day. Pepper pot soup has been called the soup that won the Revolutionary War. By the time American troops reached Valley Forge on December 19, 1777, in the midst of a harsh winter, soldiers and the many wives, mothers and children who accompanied them were running desperately low on provisions. Local farmers refused the weak continental currency carried by General George Washington’s troops, instead selling their crops to the British.

On December 23, Washington wrote to the Continental Congress, “…I am now convinced, beyond a doubt that unless some great and capital change suddenly takes place in that line, this Army must inevitably be reduced to one or other of these three things. Starve, dissolve, or disperse, in order to obtain subsistence in the best manner they can; rest assured Sir this is not an exaggerated picture, but that I have abundant reason to support what I say.”

According to legend, on December 29, Washington instructed chief cook Christopher Ludwick to make a soup “that will warm and strengthen the body of a soldier and inspire his flagging spirit.” Only scraps re­mained in the kit­chen ex­cept for beef tripe donated by a nearby butcher, and pep­per­corns, a gift from a Ger­man­town pat­ri­ot. Ludwick combined them and named the soup Philadelphia Pepper Pot, a re­mind­er of Amer­ica’s claim to the Brit­ish-held city. 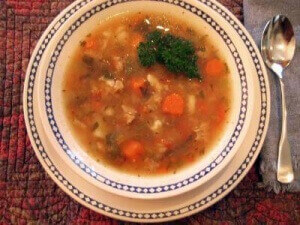 Because Ludwick hailed from Philadelphia, which was then a center of the slave trade, it’s thought that his pepper pot soup was an Americanized version of Jamaican callaloo. If you’d like to make it yourself, try this version from Northeast Times which states, “Al­though this re­cipe may not be identic­al to the Val­ley Forge ori­gin­al, you know it’s bound to be of­fal good. Still, some people just don’t have the stom­ach for it.” (There’s nothing like a good tripe-based pun!)

Be­fore serving, you can add the fol­low­ing spaet­zle to the soup, if de­sired.

– Mix to­geth­er flour and salt, and make a well in cen­ter of flour.
– Put egg and milk in­to well and beat them slightly with a fork.
– Mix egg mix­ture and flour in­to a sticky dough.
– Drop about 1/3 tsp. of the bat­ter at a time in­to the sim­mer­ing soup.
– Al­low to sim­mer a few minutes un­til done. 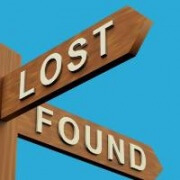 May 26 is Sally Ride Day
2 replies

December 30 is National Bicarbonate of Soda Day
Scroll to top