Today is National Fruitcake Day, a day that celebrates one of the most maligned cakes of all time. Love it or hate it, the fruitcake has a long, rich history. 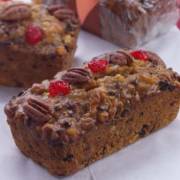 ptians buried loved ones with fruitcakes in the belief they were essential for the journey to the afterlife. An early Roman recipe combined barley mash with raisins, pine nuts and pomegranate seeds. In the Middle Ages, honey, spices and preserved fruits were added to the basic formula. Fruitcakes were carried during the Crusades due to their nutritious ingredients and resistance to spoilage.

The cakes began to feature candied fruits preserved in sugar syrup as early as the 14th century. As trade routes opened up, sugar became more plentiful, making fruitcake more affordable and popular from the 1600s onward. Recipes vary from country to country depending on available ingredients and tradition.

Fruitcake has been a mail-order item since 1913. Mass-produced cakes rarely contain alcohol. Home-baked versions made with chopped candied or dried fruit, nuts, spices and often soaked in a variety of spirits have been a family gift-giving tradition for centuries.

Myth: A 2002 article in the Village Voice stated that the term “nutty as a fruitcake” was coined in 1935 and has been widely quoted as fact. But a letter to the editor of the Evening World newspaper, published on June 5, 1913, included the sentence, “At this point I first realized that Henry had become as nutty as a fruit cake.”

A character in Eugene O’Neill’s 1914 play, ”The Movie Man,” declared, ”We sure are as nutty as a fruitcake or we wouldn’t be here.” The phrase was repeated at least six more times in newspapers, plays and books, culminating in a 1934 interview of George Burns and Gracie Allen in which he said fans loved their act because “they’re convinced she’s nutty as a fruit cake.”

Fruitcake has also been fodder for late-night TV, notably The Tonight Show.  In December of 1985, Johnny Carson cracked, “There’s only one fruitcake in the world, and people keep passing it on.” He also once had a prop man bring out a fruitcake on a forklift and drop it through his desk.

In 2003, during Jay Leno’s stint as host of The Tonight Show, he took a small bite of a 125-year-old fruitcake that had been saved since it was baked in 1878. “It needs more time,” he said after a slow, deliberate chew.

One thing is certain: fruitcake has been around for millennia. As a dessert or a doorstop, it isn’t going anywhere. 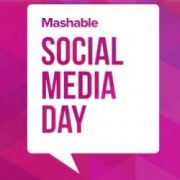 December 28 is Pledge of Allegiance Day
Scroll to top