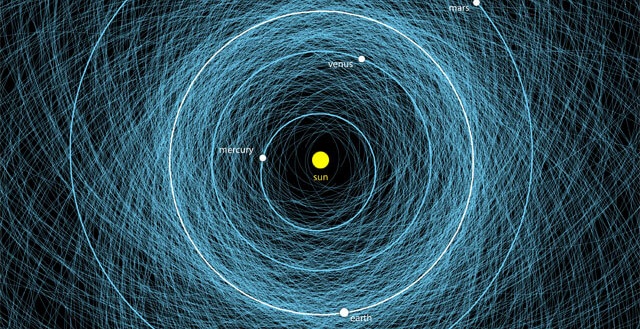 Today is Near Miss Day. On March 23, 1989, an asteroid passed uncomfortably close to Earth.

Asteroids fly by Earth fairly often, with no deleterious effects. If NASA notified us of every space rock in our general vicinity, we’d spend all our time:

The asteroid known as 4581 Asclepius passed us at a distance of 684,000 km (425,000 mi) and briefly occupied the exact spot where Earth had been only six hours earlier. It might have caused concern if anyone had noticed it at the time. Amateur astronomer Dr. Henry Holt discovered it a week later.

After the fact, NASA breathlessly reported a made-for-Hollywood doomsday scenario, stating that the asteroid was at least half a mile (over 800 meters) in diameter. But studies of its brightness, likely composition and other factors have created scientific consensus that 4581 Asclepius is most likely 300 meters in diameter.

Why is this important? An asteroid would have to be at least 1 kilometer in diameter to precipitate an extinction-level event. But a comparatively small asteroid, while not a planet killer, would still devastate a large area, whether it hit the ocean, cratered on land or exploded in the atmosphere.

The best spin we can put on it is this: If you’re reading this, nothing has happened yet. The scientists watching the skies can’t stop an asteroid strike, but they will be able to let us know we’re doomed so we can make our last moments count. (Hint: Delete Deep Impact from your Netlix queue.) Until then, have a happy Near Miss Day! 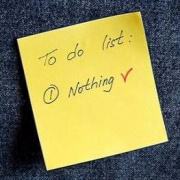 January 16 is National Nothing Day