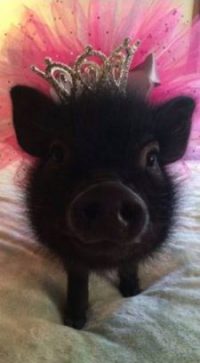 Mary Lynn Rave and her sister Ellen Stanley created National Pig Day in 1972 “to accord the pig its rightful, though generally unrecognized, place as one of man’s most intellectual and domesticated animals.”

Pigs are intelligent, using various oinks, grunts, and squeals to communicate with each other. They excel in tests requiring the location of objects and can use mirrors to do so, a talent they share with chimpanzees.

They are social and learn from each other, cooperating to accomplish tasks such as breaking out of a pen or finding food. A pig can be trained to manipulate a joystick with its snout and play a simple game, meaning it could probably kick our butts at Pong.

Unfortunately, somebody figured out long ago that pigs are delicious. They are the only honorees we know of that have the dubious distinction of being enthusiastically consumed on the holiday that celebrates them.

Should you show your appreciation by forgoing bacon, chops, and ribs today? (We know what Princess Cali would say.) Have a happy National Pig Day!

Today is National “She’s Funny That Way” Day. Its purpose is to pay tribute to the women who make us laugh all year long. 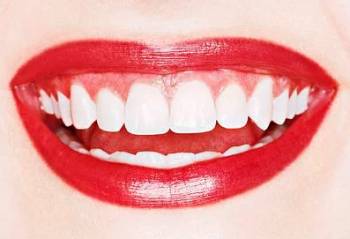 There are many ways to celebrate: watch comedic movies and TV shows, catch a stand-up act in person or online, read humorous essays and books, or just call up the funniest woman you know and laugh until you run out of minutes.

Here is a partial list of women who crack us up:

We know we’ve overlooked many hilarious ladies/women/girls/females/goddesses. If you feel there’s been a miscarriage of justice, by all means, let us know. Write your suggestions in the Comments section and we’ll add them to the list. (We’ll give you proper credit, of course.)

While we understand that humor is subjective and some material might be considered offensive, we will not remove anyone from the list. We don’t present ourselves as the ultimate arbiter of taste and trust our readers to keep their own counsel regarding what they choose to watch and read.

Have a happy National “She’s Funny That Way” Day!