Today is Barcode Day. On June 26, 1974, at Marsh’s Supermarket in Troy, OH, a 10-pack of Wrigley’s Juicy Fruit gum became the first product bearing a barcode to be rung up by an electronic scanner.

That historic moment had been a long time coming. In 1952, American inventors Norman J. Woodland and Bernard Silver were granted a U.S. patent for a classification method and apparatus utilizing identifying patterns. Diagrams showed code in straight lines and concentric circles with varying degrees of reflectiveness. Unfortunately, they were ahead of their time and eventually sold off the patent for $15,000.

Railroads began to use bar codes in the late 1960s; companies encoded identifying information onto plates mounted on the sides of each car. Trackside scanners read them and transmitted the results so owners could keep track of their rolling stock on a grand scale.

As usage spread,  the establishment of a universal standard became imperative to avoid confusion between disparate systems.  In 1970, a company called Logicon, Inc. created the Universal Grocery Products Identification Code (UGPIC) for use throughout the retail industry.

The UGPIC evolved into the Universal Product Code (UPC) symbol set, still used in the U.S. today. The first piece of equipment built to use UPC was installed in the Troy, OH, grocery store which, along with that pack of gum, made history. 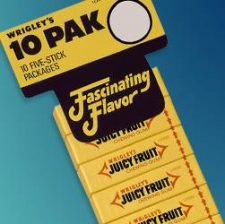 Our guess is that the gum was chewed over 40 years ago without a thought to its cultural significance, which is okay if you think about it. It served its purpose, maybe even got stuck to more than a few shoes—it had 50 sticks in it, after all. 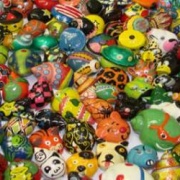 June 27 is Happy Birthday to You Day
Scroll to top