Today is International Tongue Twister Day. Celebrate with these doozies chosen for their fun and difficulty. Will they leave you speechless? Read aloud and repeat, if you dare. 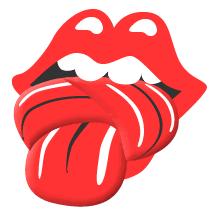 In 2013, researchers at Massachusetts Institute of Technology (MIT) tripped up volunteers with the following word combination they declared the most difficult tongue twister in the English language.

It was judged to be even harder to say than a longstanding favorite introduced in 1990 by American expert (and MIT graduate) William Poundstone:

What are the elements of a tongue twister? Our brains can handle words that sound identical, like “I scream, you scream, we all scream for ice cream.” It’s the same story with words that sound very different from each other, such as “How much wood would a woodchuck chuck if a woodchuck could chuck wood?”

At a meeting of the Acoustical Society of America in San Francisco, CA, the MIT team presented its finding that different types of tongue twisters have different effects on our brains, lips, tongues, and throats as we produce mistakes in our speech.

Our brains get drawn up short when we attempt to jump between two nearly identical sounds, confusing one sound with the other. “She sells seashells on the seashore” twists the tongue because the sss and shh sounds are similar but not exactly the same. Speech errors also occur when we try to quickly repeat certain words or phrases. For instance,  “toy boat” several times in a row turns into “toy boyt,” while “top cop” becomes “cop cop.”

Insight into such slip-ups may help researchers understand how humans process and plan speech. As we speak, we must coordinate movements of the lips, tongue, jaw, and larynx. Our brains may sort sounds by which muscles need to move to produce them, such as front-of-the-tongue sounds (sss), back-of-the-tongue sounds (ga), and lip sounds (ma).

“This implies that tongue twisters are hard because the representations in the brain greatly overlap,” Edward Chang, a neuroscientist at the University of California, told Nature.

Invite some people over for an International Tongue Twister Day party and have fun trying to say some of these whoppers.

Here’s a little tongue twister trivia to amaze your friends.

We all know this Mother Goose nursery rhyme:

But did you know that it was inspired by the life of one-armed Frenchman Pierre Poivre? An 18th-century horticulturist and pirate, Poivre raided spice stores and smuggled the seeds back to France. Poivre often stole nutmeg seeds, which were nicknamed “peppers.”

Another famous tongue twister was taken from a song written in 1908.

Terry Sullivan’s ditty paid tribute to Mary Anning, whose father taught her to find and dig fossils from the cliffs of Lyme Regis in Dorset, England. As an adult, she famously unearthed a previously unknown type of dinosaur, later named Plesiosaurus.

Which do you like? Which one is the hardest to say? Should a nonsense phrase like “pad kid poured curd pulled cod” be considered a tongue twister, or is it cheating? What do you think?

National Absurdity Day: is there any occasion that cries out more loudly to be taken seriously while simultaneously laughing at anyone who does? Of course not, silly. Holidays can’t talk.

Grab a copy of The Myth of Sisyphus by Albert Camus or just about anything by Samuel Beckett. Add Pee Wee’s Big Adventure to your Netflix queue. Join the Church of the Flying Spaghetti Monster.

Meanwhile feast on this gem, courtesy of Anti-Joke:

A man walks into a bar and pauses: at the other end of the bar, there’s this guy with a big orange head. Just sitting there, looking into his drink. So the man asks the bartender, “Say, what’s up with the guy with the big orange head?” And the bartender says, “It’s an interesting story. Buy him a drink and maybe he’ll tell it to you.”

So the man walks over and introduces himself and offers to buy a round. The guy with the big orange head says, “Yeah, I’ll bet you want to know the story, huh?” To which the man replies, “Sure, if you don’t mind.”

The man with the big orange head sighs and says, “You know, I’ve gone over it in my mind a million times. Basically, it went like this: I was walking along the beach one day when I stubbed my toe on something. I looked down, and there was an antique brass lamp. I picked it up and dusted it off a little — when all of a sudden this enormous genie pops out!

“The genie thundered, ‘You have released me from my ten-thousand-year imprisonment, and I am in your debt. I will grant you three wishes as a token of my gratitude.'”

The man at the bar is agape. The guy with the big orange head continues: “So I said, ‘Wow, okay. Well, my first wish is to be fantastically wealthy.’

“The genie says, ‘Your wish is granted.’ And all of a sudden I have rings on my fingers and a crown on my head, and my wallet is full of money and a dozen ATM cards and the deed to a mansion in the hills — I mean, I was loaded!

“So I said, ‘Amazing! Okay, for my next wish, I want to be married to the most beautiful woman in the world.’

“The genie says, ‘Your wish is granted.’ And the ocean parts, and out walks this gorgeous woman in this beautiful dress. She takes my hand, and we fall in love and the genie marries us right there. It was incredible.

“The genie booms, ‘You have one wish remaining.'”