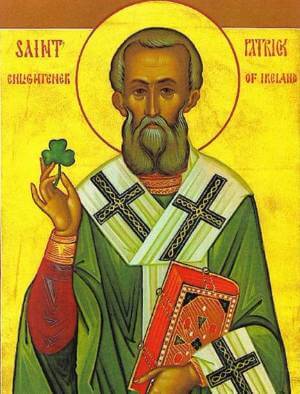 Today is St. Patrick’s Day, the rare religious holiday that everybody celebrates. Everybody.

It’s believed he was born in Roman-ruled Britain in 385 AD. At age sixteen, he was kidnapped by marauders who took him to Ireland and sold him into slavery. Several years later, Patrick had a religious experience in which God told him to flee to the coast, where a ship would be waiting to take him home. When he got back, he became a priest.

Later, he returned to Ireland as a missionary and carried a shamrock, which has three leaves, to help explain the trinity of Father, Son and Holy Ghost. He may have used it to appeal to pagans who worshiped nature or believed in triple deities. One thing is certain: the four-leaf clover has nothing to do with St. Patrick’s Day.

Patrick is said to have converted thousands. The story that he drove all the snakes out of Ireland probably refers to his efforts to rid the country of Druids, members of a religious sect who were often labeled as sorcerers. There have never been any snakes in Ireland, except for those in zoos.

Patrick died of natural causes on March 17, 461. Today, people around the world will celebrate the 1,555th anniversary of his death. The rules governing Lent–prayer, fasting, penance, etc.–are lifted today, which may help explain why St. Patrick’s Day has become associated with parades and parties and drinking to excess.

St. Patrick isn’t officially a saint. The Roman Catholic Church had no canonization process in place at the time. Still, by sheer force of numbers, he is celebrated more than any other saint. His appeal has grown far beyond that of a religious icon; he is a cultural superstar. So raise a glass, sing an Irish Rovers tune at the top of your lungs and, whatever you do, have a happy St. Patrick’s Day! 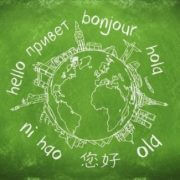 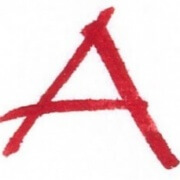