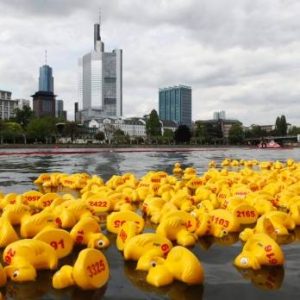 Today is the 29th annual Ducktona 500 in Sheboygan Falls, Wisconsin. Hundreds of numbered rubber duckies will be dumped into the Sheboygan River and race downstream to win $1,000 for the lucky holder of the corresponding raffle ticket.

For 26 of those years, the races were illegal. In 2013, the Wisconsin Department of Justice warned the village of Mishicot that its annual duck race constituted gambling, outlawed in the state.

On April 16, 2014, Wisconsin governor and future failed presidential candidate Scott Walker took time from his busy schedule of union-busting, protesting the Supreme Court’s ruling on gay marriage, opposing immigration and denying the need for climate change regulations to sign a law creating an exemption for duck races, similar to ones already enacted in Minnesota and Michigan.

Thank you, Governor Walker, for making Wisconsin safe for rubber duckies and the people who race them. 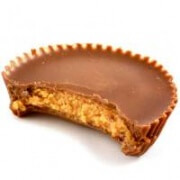 January 13 is International Skeptics Day (or is it?)
0 replies