Today is Eat an Extra Dessert Day, always celebrated on September 4th. We don’t know who started it or when, but we sincerely hope it will go on forever because, let’s face it, the only thing better than one dessert is two. 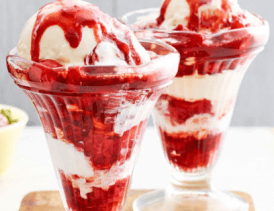 We’re neither mathematicians nor philosophers, but we wonder: Is there such a thing as half a dessert? To paraphrase Yoda, there is only dessert and no dessert. Wouldn’t that apply here, too? If eaten at once, there can be only one dessert. (We’re throwing in a little Highlander here, too. Please pardon our mixed movie metaphors.)

Theoretically, one dessert could last forever. Perhaps the purpose of Eat an Extra Dessert Day is to allow us a moment to escape the sweet-time continuum. It may be the only chance we’ll get all year.

Good luck, and, when you come back to the table, please bring the chocolate sauce. There’s work to be done. 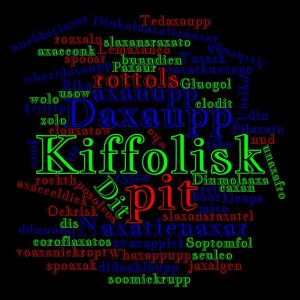 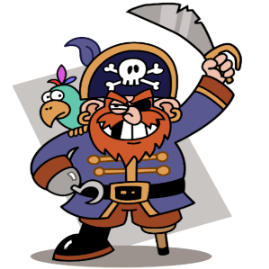 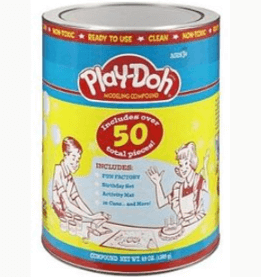 Noah McVicker of Cincinnati-based soap manufacturer Kutol Products invented the stuff in 1933 for Kroger Grocery, which requested a non-staining, reusable product to clean coal residue from wallpaper. (He cribbed the putty’s recipe—boric acid, mineral oil, flour, water and salt—from homemakers who had been whipping up their own since some time in the 19th century, but never mind.) Kroger was happy and the company flourished for several years.

During World War II, the production of planes, ships, and motor vehicles increased the demand for fuel. Oilfields in Texas and Oklahoma pumped out so much that very little gasoline or diesel had to be imported. According to the U.S. Census Bureau, between in 1945 and 1960, the number of cars on U.S. roads increased by 60 percent.

Why does this matter? With the increased availability of low-cost fuel, gas- and oil-fired forced air furnaces began to replace the dirty, labor-intensive coal furnace. Less soot translated to lower profits for Kutol Products. The introduction of washable vinyl wallpaper in 1947 dealt the business another blow. By the mid-1950s, it teetered on the edge of bankruptcy.

Kutol hired Joe McVicker, Noah’s nephew, to save the company from insolvency. Joe’s sister-in-law Kay Zufall mentioned to him that she used the cleaner as a cheap toy for kids in the nursery school she ran. He took her advice to add coloring and remove the detergent, then decided he would call it “Kutol’s Rainbow Modeling Compound.”

Kay talked him out of it; her husband Bob helped her come up with the name “Play-Doh.” They received no credit or payment. Kay said that making children happy was thanks enough. Due to her influence, schools across Cincinnati bought the product but Kutol quickly ran out of new customers. With no money for marketing, Joe convinced Bob Keeshan, better known as Captain Kangaroo, to use Play-Doh once a week on his show in exchange for two percent of sales.

Since then, Play-Doh formula has passed through many hands over the years and now belongs to Hasbro. Although it won’t reveal any ingredients other than salt, water and flour, Hasbro’s 2004 U.S. patent for “starch-based modeling compound” shows it contains water, a starch-based binder, a retrogradation inhibitor, salt, lubricant, surfactant, preservative, hardener, humectant, fragrance, color, borax and a petroleum additive to make it feel smooth.

Its high salt content reportedly won’t hurt curious children who take a nibble, but it can be toxic and potentially fatal to a pet that eats a stomachful of it.

There is a way to evoke happy childhood memories without carrying a lump in your pocket: Play-Doh cologne. Demeter Fragrance Library, the maker of such classic scents as Lobster and Funeral Home, has distilled the essence of Play-Doh.

Don’t be surprised if the scent inspires an admirer to pull on your pigtails. (Apparently, little boys used to do that to little girls they liked, but we can’t find anyone who’s seen or done it.) Guys, it’s unisex, so if you spritz it on, don’t be surprised if someone pulls on your man-bun.

PS: For a funny look at this holiday, including a PG-13 Captain Kangaroo legend, check out Happy World Play-Doh Day on Magick Sandwich.