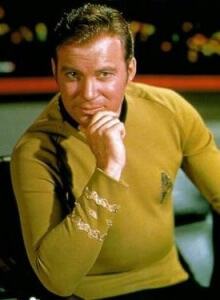 Today is International Talk Like William Shatner Day (ITLWSD). In 2009, Maurice LaMarche and Doug VanHorn bumped into each other on Facebook while each was attempting to have March 22nd–Shatner’s birthday—designated as ITLWSD. Though initially sworn enemies locked in a Lazarus-like battle over who’d thought of it first, the men eventually joined forces to promote the brash, percussive vocal stylings of Shatner.

If smooth jazz and slam poetry had a baby, then gave him up to be raised in a nunnery next door to the Playboy mansion, the conditions might be right to forge another Shatner-class individual. But in our opinion, it can’t be done. Shatner didn’t just break the mold: he smashed his way out and pulverized it with his pudgy newborn fists. Does any of this describe the man? Is the real Shatner somewhere in that bouquet of imagery? Who knows? That’s the mystery of Shatner. He runs too deep to plumb.

Maurice LaMarche is a voice actor known for his work on Futurama, The Simpsons, Pinky and the Brain, Team America: World Police and Frozen, among many others. If you play Six Degrees of Separation with him, you’ll be done after one. We’ve all heard his voice in something. (Take that, Kevin Bacon.) Mr. VanHorn’s personal Facebook page points out that Donald Trump looks alarmingly similar to an Oompa-Loompa. Look it up; the resemblance is astonishing.

In this inaugural video from 2009, LaMarche sets the stage with a lesson on the basics of talking like Shatner. A few days before the second annual ITLWSD, he and Kevin Pollak impersonate Shatner with lines from Sh*t My Dad Says, a short-lived sitcom.

Leonard Nimoy impersonated Shatner and his Star Trek 2 eulogy: “Of all the souls I have met in my travels, his was the most human.”

Of course, it is his day, too, so we’ll let the birthday boy have the last word. 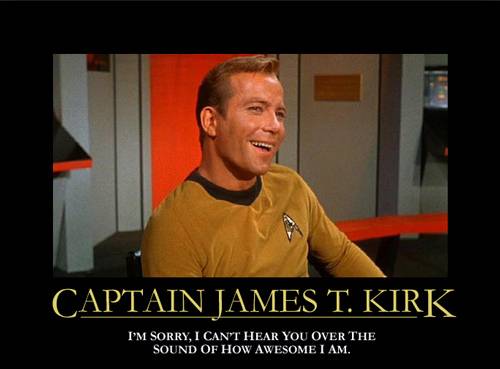 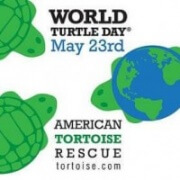 May 23 is World Turtle Day