Today is National Pretzel Day. In 2003, Pennsylvania governor Ed Rendell dedicated April 26th to the snack food that continues to be a major contributor to the state’s economy.

By the 18th century, when German immigrants introduced them to the people of Pennsylvania, pretzels already had a long history. One popular origin story states that an Italian monk invented them in 610 AD to reward children who learned their prayers. He fashioned them to look like arms crossing the chest, which was supposedly the pose used to pray. There is no evidence to support any part of that but the legend persists.

The Hortus deliciarum, a 12th-century medieval encyclopedia compiled in an abbey in the German Alsace region, which is now part of France, contains the earliest known depiction of a pretzel. 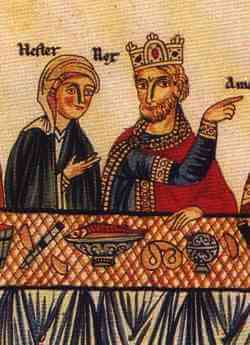 A prayer book commissioned in the 15th century by Catherine of Cleves is considered a Dutch masterpiece. In this portrait, St. Bartholomew is surrounded by pretzels. 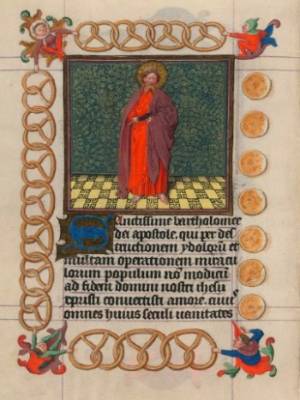 The next time you grab a pretzel, take a moment to appreciate its design and heritage before chomping into it. Have a happy National Pretzel Day!