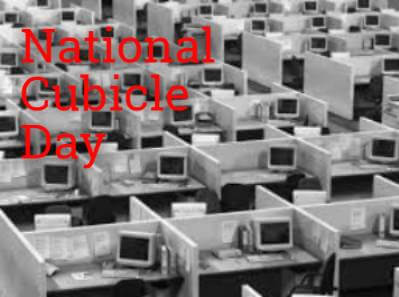 Today is National Cubicle Day. Technically, it isn’t a “national” holiday, having never been decreed by Congress and the president. Then again, none of them work in cubicles, so what do they know?

The first cubicle was introduced by furniture company Herman Miller in 1968. Robert Propst designed the “Action Office” as an alternative to working in open areas, often called bullpens.  It had flexible configurations with partitions to pin up current projects and provide privacy, lots of desk space and varying desk heights so people could spend some of their time standing up to keep their circulation flowing.

In the real world, Propst’s partitions, meant as building blocks for various layouts, were used to reduce each workspace to the smallest footprint possible to cram even more people into a room. The standing desk detail was abandoned, although it sounds like a good way for a boss to keep an eye out for any slackers trying to take a walk on the company’s dime.

If it ever becomes legal to catheterize a workforce, we’re confident that proximity fences and shock collars will become standard employee retention features of “systems furniture” design. (Eventually, someone will realize folks need to be hydrated and add a hamster-style water bottle to one corner.) Maybe Jon Sanderson had that in mind when he pulled this incredible April Fool’s Day prank on his coworker: 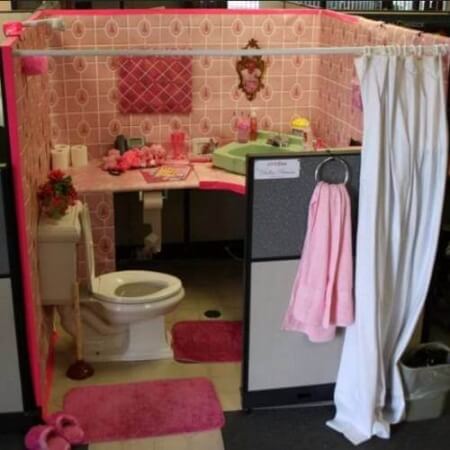 Here are a few more cubicles that almost make us want to work in one. Almost. This one is great, but you can’t see that the key to the restroom is attached to the rim: 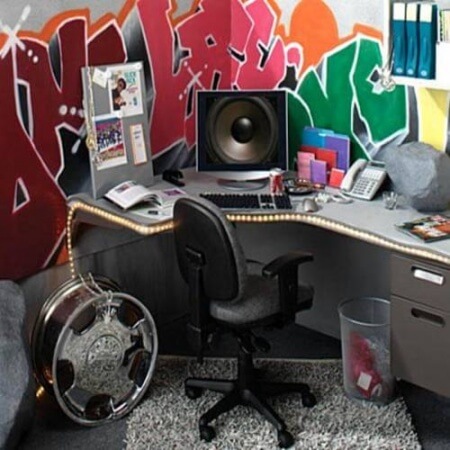 Check out the chair on the left. It has an alien face hugger in it! 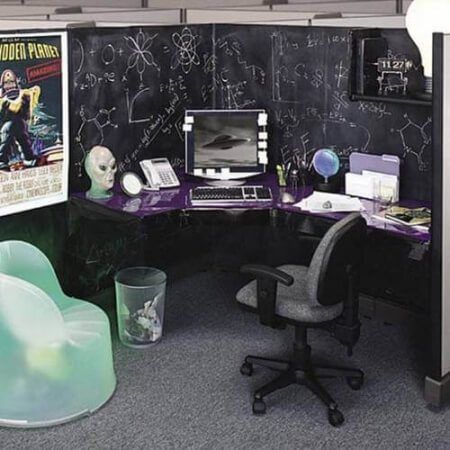 This one is pretty sweet, right down to the tiki gods. 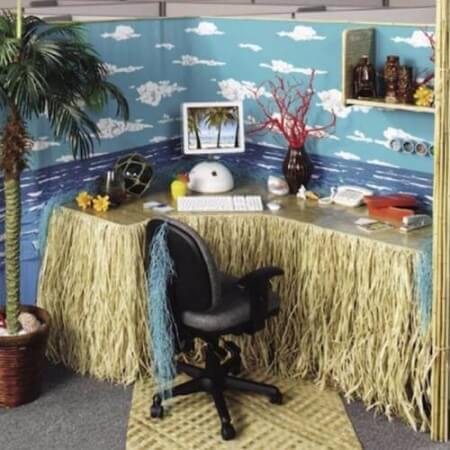 If you’re worried that you’d get the boot if you jazzed up your office space, you can always splash out on this  inflatable Instant Window: 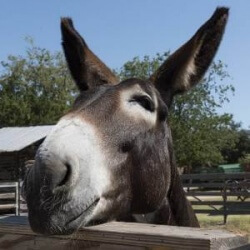 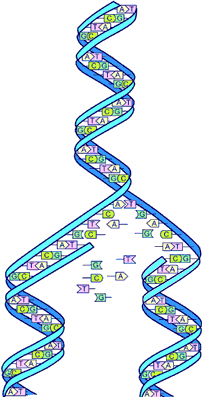 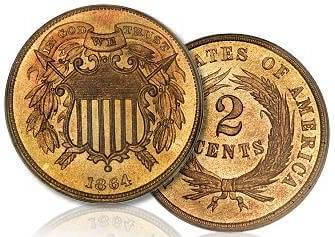