Today is National Hat Day, celebrating headgear in all its crowning glory. Hats have a long, rich history and are worn for warmth, status, religious and ceremonial reasons, or fashion.

A tomb painting in Thebes, Egypt, dating back to around 3200 BC shows a man wearing a conical hat. Many well-to-do Egyptians shaved their heads and wore headdresses to stay cool in the desert heat. Ancient Greeks wore petasos, the first known hat with a brim.

In 1950, a mummified corpse was discovered in Tollund, Denmark. It’s estimated that the man died around 400 BC; he was so well-preserved by the peat bog in which he was interred that he was still wearing a pointed cap made of sheepskin and wool. 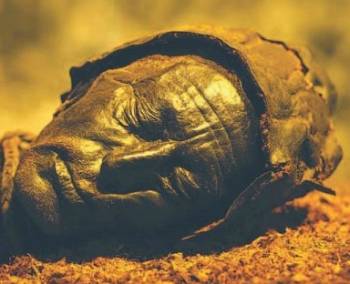 In 1215, Pope Innocent III ruled that Jews and Muslims must wear distinctive dress because Christians might not recognize them and accidentally have sex with them. Required attire included pointed conical hats and badges to be worn on clothing, often yellow. By 1500, the practice had disappeared. The yellow badge was later reintroduced by the Nazis.

In the Middle Ages, hats for women ranged from simple scarves to elaborate truncated, cone-shaped hennins. Women began to wear structured hats similar to those of male courtiers in the late 16th century.

The term “milliner” refers to Milan, Italy, a city renowned for everything from ribbons, lace, and bonnets to straw works and home goods.  It is derived from late Middle English (originally in the sense “native of Milan,” later “a vendor of fancy goods from Milan”): from Milan + -er.  It has come to refer exclusively to the design and manufacture of hats.

In the first half of the 19th century, women wore bonnets of increasing size, trimmed with feathers, ribbons, flowers, and other decorations. By the dawn of the 20th century, many other styles had been introduced, among them wide-brimmed and flat-crowned hats, flower pot and toque styles. By the mid-1920s, women began to cut their hair short and chose close-fitting hats that hugged the head much like a helmet.

Since then, hats have gone through phases of popularity. Elaborate hats, or “fascinators,” are popular at royal weddings and horse races. Big hats were a hit in the 1980s. The pork pie, fedora and trilby have claimed a spot atop many a hipster’s head. Some of today’s eccentric creations can be classified as wearable art. 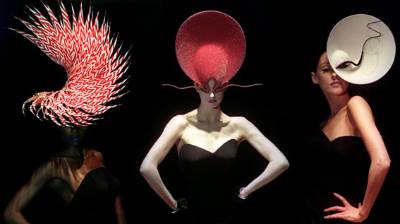 Bonus fact: In the 18th and 19th centuries in England, mercury was used in the manufacture of felt, a standard material used in hats. Workers in hat factories were regularly exposed to trace amounts of the metal. Because our bodies can’t eliminate or excrete the toxin, mercury accumulates in our tissues over time.

Repeated exposure leads to mercury poisoning, which causes dementia. It happened with enough regularity to those in the hat business that “mad as a hatter” became a popular expression when referring to someone acting (or being) insane.

Don’t worry. Mercury was phased out long ago; hats are perfectly safe. (Unless they cover your eyes while driving: common sense warning.) Don the jaunty chapeau of your choice and have a happy National Hat Day!

January 16 is National Nothing Day
Scroll to top