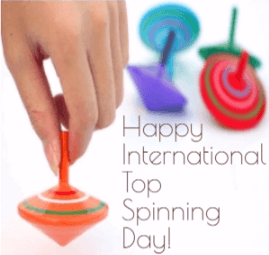 Today is International Top Spinning Day, created in 2003 by the Spinning Top & Yo-Yo Museum of Burlington, WI, to celebrate one of the oldest toys in the world. It always takes place on the second Wednesday of October.

The earliest known tops, constructed of clay, date back to around 3500 BC. Archaeologists discovered them in the ruins of the ancient city of Ur in Mesopotamia (modern-day Iraq). Certainly, children improvised with rocks, acorns and other found objects long before then.

Tops demonstrate the “gyroscopic effect,” which employs inertia, gravity, momentum and centrifugal force. When a top is spun, it appears to stay upright. Eventually friction between the top and the surface it is spinning on slows the rotation, causing it to wobble before falling over.

How should you celebrate? The museum hosts a mass spinning event at noon. If you can’t make it there, you could buy or build a top of your own. Feeling less industrious? A penny will do. Start spinning and rediscover the simple joys of a beloved childhood pastime. 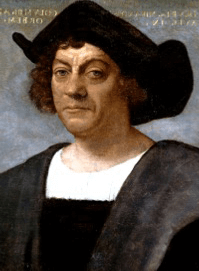