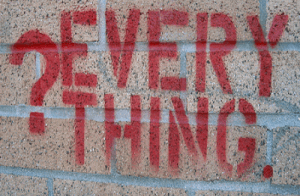 The sticklers among us might point out that Skeptics Day is also listed in some quarters as occurring on October 13. 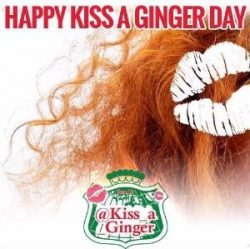 Today is Kiss A Ginger Day, celebrated by kissing a redhead. (We advise you to ask permission first, especially if it’s Prince Harry; his security detail might misinterpret your enthusiasm.)

Derek Forgie created Kiss A Ginger Day on Facebook in 2009 as a “karmic counter-event” to the Kick a Ginger Facebook campaign originated in November 2008. The latter resulted in numerous assaults on redheaded kids at school.

Derek responded by declaring January 12th a holiday dedicated to showing affection  to redheads. Visit his Facebook group, pucker up (after receiving proper consent) and have a happy Kiss a Ginger Day!

If you happen to be in London, head over to the White Bear pub to celebrate with an evening of music, games, goodies and free food. The event’s only dress code requirement is “Not naked.” Drinks are discounted for all redheads including, we assume, bewigged revelers who go ginger for the evening. We’ll never tell!

Today is Cigarettes are Hazardous to Your Health Day. Today, this may elicit a resounding,” Duh!” But on January 11, 1964, when Surgeon General Luther L. Terry, M.D. released his report linking smoking to cancer, it was far from accepted wisdom and vehemently disputed by tobacco companies.

The report came after a year-long, comprehensive review by a committee of experts of 7,000 scientific articles about the effects of smoking. Terry chose to release it on a Saturday to minimize any effect on the stock market and maximize coverage in the Sunday papers.

Twenty years later, Terry recalled that the report “hit the country like a bombshell. It was front page news and a lead story on every radio and television station in the United States and many abroad.” Later it was ranked among the top news stories of 1964.

Smoking and Health: Report of the Advisory Committee to the Surgeon General revealed cigarette smoking was responsible for a 70 percent increase in the mortality rate of smokers versus non-smokers. It estimated that average smokers had a nine- to ten-fold risk of developing lung cancer compared to non-smokers; heavy smokers, more than twenty-fold. The risk rose with the duration of smoking and diminished after cessation.

The report also named smoking as the most important cause of chronic bronchitis and pointed to a correlation between smoking and emphysema, and smoking and coronary heart disease. It noted that smoking during pregnancy reduced the average weight of newborns.

On one issue the committee balked: nicotine addiction. It insisted that the “tobacco habit should be characterized as an habituation rather than an addiction,” in part because the addictive properties of nicotine were not yet fully understood.

While the 1964 report lacked concrete recommendations, it had an impact on public attitudes and policy. A Gallup poll conducted in 1958 found that only 44 percent of Americans believed smoking caused cancer, while 78 percent believed so by 1968. In the course of a decade, it had become common knowledge that smoking damaged health, and mounting evidence of health risks gave Terry’s 1964 report public resonance.

Here is a brief, incomplete chronology of events and efforts made to combat tobacco and the companies that peddle it. 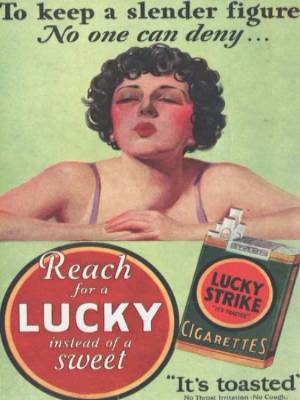 One executive insists that cigarettes are no more addictive than coffee, tea or Twinkies.

“The difference between cigarettes and Twinkies,” Waxman replies, “is death.”

It’s clear that the work of Dr. Terry and many others had a great effect on health. Since 1964, smoking rates in the United States have dropped by more than half. It’s estimated that eight million lives have been saved by tobacco control efforts — yet up to 20 million more have been lost. Until the day we all kick the habit, every day will be Cigarettes are Hazardous to Your Health Day.

How should you celebrate?

(If you answered No, proceed directly to Question # 2.)

If Yes, just be yourself and have fun.

If No, just be yourself–you really can’t help it–but don’t make a fuss about it.

(If you answered No, go back and answer Yes to Question #1.)

a. If you answered Yes, are you sure the person is aware of being peculiar? Yes [ ] No [ ]

(If No, you might’ve been the kid who liked to tell other kids there’s no Santa Claus.)

b. If Yes, are you certain the person won’t mind being called peculiar by an allegedly non-peculiar person? Yes [ ] No [ ]

If Yes, say nothing.

If No, say nothing.

Perhaps the most peculiar facet of this day is that it will probably not be any fun for those it “celebrates.” So this is one holiday we feel should be ignored or observed in secrecy by being kind to those who are different from ourselves. Shouldn’t that be something we do every day?