Cartoonists Against Crime Day was introduced in 1991 by Illinois artist Adrienne Sioux Koopersmith, who bills herself as “America’s premier eventologist.” Mayor of 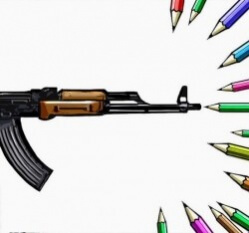 Many of the thousands of occasions Koopersmith claims she invented are listed in Chase’s Calendar of Events, the major reference book for offbeat observances published by McGraw-Hill.

A brief history of the cartoon: In the Middle Ages, a cartoon was described as a sketch or preparatory drawing for large scale art such as paintings, frescos or stained glass. Renaissance artists used them as well. Some examples survive to this day.

In 1962, London’s National Gallery acquired such a drawing by Leonardo Da Vinci. After a vandal hit it with a shotgun blast in July of 1987, it was restored through an elaborate process in which dozens of tiny paper fragments were glued back together, one by one. It went back on public display in May of 1989.

In 1843, British magazine Punch published drawings that parodied a competition for the decoration of the Palace of Westminster.  In doing so, it inadvertently changed the word cartoon to mean a humorous or satirical drawing employing exaggeration for effect, often accompanied by a caption.  This definition has endured ever since, expanding in the 20th century to include comic strips and animated films.

Everyone from Far Side fans to Calvin and Hobbes aficionados can take a day to recognize the work of cartoonists to entertain, inform and enlighten. In 2015, Koopersmith dedicated the holiday to the remembrance of four artists who were murdered on January 7th, 2015, at the Paris office of satirical newspaper Charlie Hebdo. 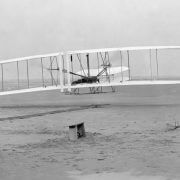 Whatever Happened to Visit a Cemetery Day?
Scroll to top