Today is Purple Heart Day. On August 7, 1782, at his headquarters in Newburgh, NY, General George Washington, the commander in chief of the Continental Army, ordered the creation of a Badge of Military Merit. 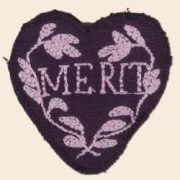 The badge consisted of a purple, heart-shaped piece of cloth with the word MERIT embroidered in silver across the front. It was awarded to soldiers who showed “not only instances of unusual gallantry in battle, but also extraordinary fidelity and services in any way.”

Only three soldiers who fought in the American Revolutionary War received the decoration: Elijah Churchill, William Brown and Daniel Bissell, Jr. Afterward, it was largely forgotten until General Douglas MacArthur lobbied to revive it.

On February 22, 1932, the 200th anniversary of Washington’s birth, the U.S. War Department announced the creation of the “Order of the Purple Heart.” 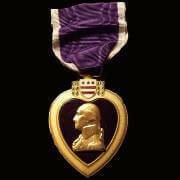 The medal bears the image of Washington and his coat of arms. It’s presented to members of the military who have been “wounded or killed in any action against an enemy of the United States or as a result of an act of any such enemy or opposing armed forces.”

The Purple Heart has been a symbol of bravery and sacrifice since the founding of the United States. Today’s holiday serves as a reminder to honor our veterans.